The main reasons that cause traffic lights to stop working are: 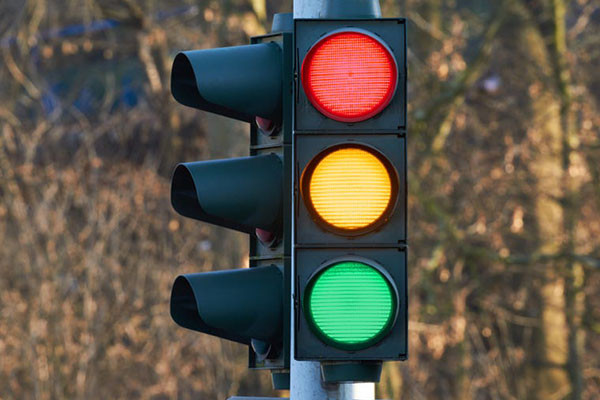 In the morning rush hour on June 21, 2018, many major road sections such as Huating Road in Jinshan District suddenly stopped working due to traffic lights, which caused road traffic congestion. The traffic police had to deploy a large number of police forces to assist them. Due to the stopped working of traffic lights, a large number of pedestrians cross the street from this zebra crossing from time to time, which is very dangerous.

The control box of the traffic light is located on the sidewalk near this zebra crossing. Both locks on the control box door were broken, and the box door was open. The door of the box was smashed open, and the switch and power strip inside were destroyed. It is expected that it will be difficult to recover in a short time. This is the sixth time that the traffic lights on this section of the road have been deliberately vandalized. Although they had installed a lock on the door, they were broken open many times. According to citizens’ reports, the “stopped” traffic lights have caused great hidden dangers to people crossing the street. Especially at night when the light is limited and the traffic flow is high and the speed is high, it is easy to cause traffic accidents.

Through multiple visits and patrols on the section of the road, the police arrested the man who broke the traffic light at about 10 pm the next day. At that time, the man was prying the door of the control box with an iron rod at another intersection. Through surveillance video comparisons and identification of witnesses, the police determined that the man was responsible for the repeated destruction of traffic lights.

According to the man’s account, the main purpose of the theft was to sell money. Seeing that it is so easy to cut copper wire for money, he has committed many crimes after selling the stolen goods.

Therefore, in order to solve this kind of safety hazard, passive electronic locks can be applied to the traffic control box.

The passive electronic lock has no mechanical holes, and there are only two metal contacts on the lock surface, which avoids being unlocked by technology like traditional mechanical locks.

When using the passive electronic lock system, the administrator can set the unlocking authority of the key through the management software. The authority includes the user, the unlocking date and time, and the list of locks that can be unlocked. Set that only maintenance staff can unlock

Whenever maintenance personnel open the control box, the unlock record is kept in the key. In this way, managers can know the operation record of the box door at any time.

In addition, for similar incidents, the public should also be called upon to report and expose as soon as they are discovered, so as to prevent criminals from committing crimes again and jointly safeguard the safety of public property.

In addition, for similar incidents, the public should also be called on to safeguard the safety of the public property. Once they are discovered, they should report and expose them to prevent criminals from committing crimes again. Those who report valuable clues will be rewarded and encouraged to encourage the general public to combat theft.