How to Protect the Safety of Healthcare Organizations?

How to Protect the Safety of Healthcare Organizations?

With the improvement of living standards, people pay more and more attention to their health. As one of the larger healthcare organizations, they include hospitals, clinics, and long-term care institutions. Therefore, the hospital is always overcrowded, and its safety is also challenged.

Previously, the hospital used an aging hard-wired access control system, including several independent keypad door locks and mechanical locks. The hospital’s managers said that when they wanted to deal with performance and expansion issues, it was difficult for them to get the support they needed from the manufacturer. During a meeting with a system integrator specializing in physical security and access control, the manager learned about the existence of the Vanma smart lock system and decided to use it to replace the existing access control system.

The upgraded access control system is mainly used in pharmacies, laboratories, administrative offices and server rooms. The Vanma smart lock system is a passive electronic lock, so there is no need for wiring and will not affect the normal operation of the hospital. And this also saves a lot of costs. If a hard-wired connection is used, it will not only delay the normal operation of the hospital, but also increase the cost.

Vanma smart lock can be used normally even in the case of power failure. Because the lock itself has no power. When the door lock needs to be opened, the key will provide power for information verification, which is absolutely safe. 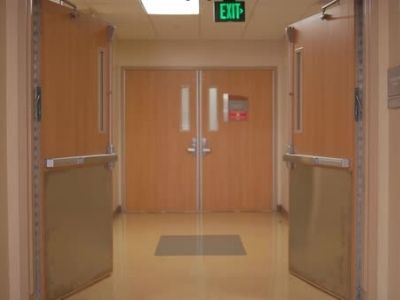