Theft of vending machines is often seen in various newspapers and news. Vending Machine test of the people’s consciousness and integrity, but due to internal vending machine that has a lot of cash and merchandise, exposed as if a “natural safe”, and is typically 24 hours unattended, which gives great temptation with thieves. There are two types of theft. One is external thieves. They usually use some violent means to demolish, smash vending machines, and steal property. The other is the insider, commonly known as the “mole”. They are usually route service personnel of vending machines. They are familiar with the management loopholes of vending machines, such as the switch lock is not recorded, the key can be copied at will, etc. so that they can easily profit from each machine. Solving this type of custodian turned thief seems to be a more difficult problem. 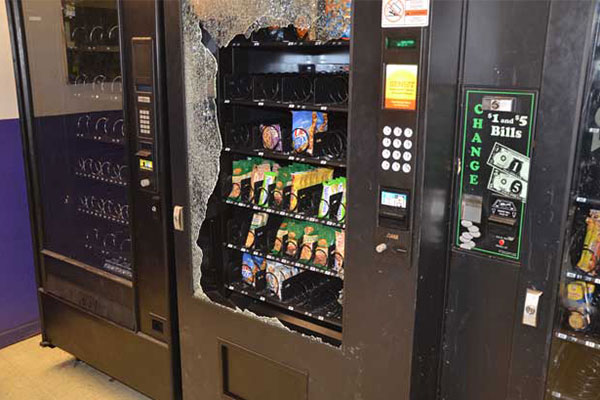 Installing cameras around the vending machine will usually deter thieves, so few people will take the risk to smash and steal the property inside the vending machine. In the event of theft, surveillance video can be retrieved so that the police can quickly solve the case.

2. For those who directly smash the glass and steal, you can negotiate with the venue provider to enhance security

The location of vending machines is very important, not only for passenger traffic but also for safety. It can be placed in stations, schools, factories, hospitals, shopping malls, because very few people will destroy them in full view. And these places are usually equipped with security guards. It is recommended that the supplier negotiates with the venue provider to list the area with the vending machine as a patrol area so that there is no opportunity for thieves.

Bashing, smashing, and stealing vending machines are illegal. Once caught, they will be fined and imprisoned. The power of the media can be used to appeal to the public to protect public facilities, and immediately report the damage to the vending machine. At the same time, it also gives a deterrent to those who are lucky enough to steal. 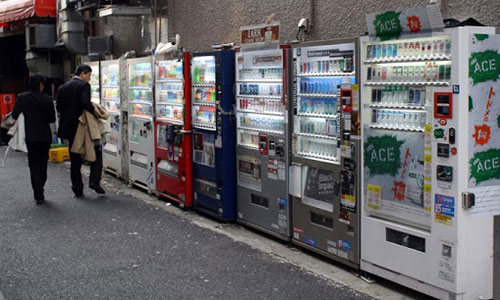 The high security is more than simply high physical strength. This high physical strength can only prevent the thief who violently removes the lock (of course, for those who smash the glass hard, even the best explosion-proof glass and anti-theft lock can’t resist). However, for those “mole”, these anti-theft measures are of no avail. The main management loopholes in traditional vending machines are:

Traditional keys are easy to copy;

It’s not clear how many have copies of the key, and the unlocking cannot be controlled;

There is no record of the unlocking, no accountability for loss;

For such concern, passive electronic locks seem to be a perfect solution. Passive electronic locks have extremely high control over key management. Through the management software, you can flexibly control the access authority of each key (including the specific person, date and time period) without worrying about the key being copied. And every unlocking record is kept in the key. When there is a shortage of goods and income, you can find the person responsible through unlocking the record. Prevent employee theft.